[This is a long article, but it has some very important updates.]

Over the last ten days, Castle Point Rocketry tested our proof-of-concept rocket. We traveled from HQ in Hoboken to our test site in southern New Jersey on July 9th and returned on the 18th.

Here’s what you need to know.

The preliminary phases of our testing schedule took longer than anticipated. Though this was the team’s third visit to the site, more infrastructure needed to be laid out. We ordered chemicals, installed the truss, and established ground control. We spent Wednesday through Saturday making sure everything was perfect.

As mentioned in Ready to Test, validating the liquid oxygen (LOX) tank was the first step of our testing procedure. Infinite Composites Technologies manufactured our LOX tank, and they asked that we do preliminary tests for them.

On Sunday, July 14, an advisor approved us to start testing.

Composite overwrapped pressure vessels (COPV) such as our LOX tank have been proven capable of withstanding high pressures. COPVs provide a burgeoning market for lightweight tanks by eliminating the need of an internal metal liner. The manufacturer expected that their formula would withstand low temperatures, too. But putting both together… That was our job.

After retreating 100 meters to Ground Control, we opened valves in a unique sequence to begin the test. First, cryogenic liquid nitrogen (LN2) filled the tank 4/5 full. Then we squeezed pressurized gaseous nitrogen (GN2) into the space that remained, elevating the tank pressure to 500 psi. (Air pressure at sea level is ~15 psi.)

From our perch in Ground Control, we couldn’t see exactly what was happening. But we had an array of sensors and cameras on-site that processed live data back to us.

The LN2 in the tank caused a thin layer of water to condense — and then freeze — on the tank. This temporarily turned the tank from black to a cloudy white, then back to black when the ice melted.

After holding for several minutes with no drop in pressure, the team agreed there were no leaks present. Ben actuated the dump valve, releasing the remaining LN2 in a plume of white steam, and we approached the tank to inspect the tank. No cracks, vents, peeling, or patching were found. We concluded that the Infinite tank could withstand cryogenic temperatures at high pressures.

TT.01 took less time than expected. On the order of hours. We planned the day with 4 hours for each test, yet TT.01 only took 34 minutes from start to finish. Too easy. Upon consensus from Nathan (Team Lead), Monica (Safety Officer), and Luke (Industry Advisor), we moved swiftly into TT.02.

Following TT.01, there wasn’t much to do in terms of preparing for the next test. After all, we simply needed to swap out an LN2 cylinder (called a dewar) for a LOX dewar. This required new hoses, too, but we came prepared. Within 30 minutes, we were back at Ground Control.

We took our time with this test. Though LOX boils at a slightly higher temperature than LN2 (-297°F instead of -320°F), it is much more dangerous. When LN2 boils off, it creates GN2. GN2 makes up 70% of the air we breathe — it is stable, is non-reactive, and plays well with others. LOX, however, boils off into gaseous oxygen (GOX). GOX is incredibly reactive, as oxygen is the driving force of any combustion reaction. With the slightest disturbance, a thimbleful of LOX can create a dazzling explosion. Should either GOX or LOX chemically react with the experimental COPV, a hole would release all oxygen at once, providing the basis for a massive fireball.

Luckily, we did not deal with any such eruption. Though the tank off-gassed a lot more than expected, much more than the LN2 run, we rang in yet another success. A holding time of 10 minutes proved our tank held an adequate amount of LOX to launch with.

Though we took our sweet time to make sure all of the GOX had adequately diffused before we drove the van up, we still had a remarkable amount of time left in the day. “Why not do another test?” we thought.

This test required LOX again. Under pressure, this time. We took a collective breath and pushed “Start.”

Once again, we were surprised by the amount of gas released from the system, but we assured ourselves it was nothing to worry about. The pressure did stay constant at ~300 psi for the full test, which indicated we didn’t have a leak.

Following our three successful Tank Tests, we went into overhaul mode. Full Stack Testing required removing the LOX tank from the gantry hoist, placing it back in the rocket, and raising the rocket on the truss. Additionally, we needed to move our ground support relay boxes and fire extinguishers. (These relay boxes are like runners in a relay race. They act as a hand-off of information between Ground Control and the valves and sensors.) This change took the team a full day to complete.

Now comes the part of our story that gets a little bit… sad. On Tuesday, July 16th, we launched into FST.01 with great expectations. But the pressure just wouldn’t build. FST.01 only required the use of GN2. Since GN2 is practically harmless, Luke approved us to stay on-site with the rocket until we reached a pressure of 100psi. But even with our gas cylinders all the way open, we simply couldn’t get above 25psi.

Monica, Will, and Luke descended upon the LOX tank, assuming it (or one of its fittings) was the culprit. After a lengthy, methodical search, they found the problem: A hairline crack had formed on the very bottom of the tank. This was a deal-breaker.

Here’s the deal with cracks: They aren’t good for structural stability. Even at pressures as low as 25 psi, the crack was undoubtedly growing. Undetectably slowly, maybe, but definitely growing as GN2 tried to force its way from high to low pressure. Had we increased the system pressure any more, this effect would have increased dramatically — ending in a catastrophic burst as all of the GN2 left at once.

A tank exploding onboard the rocket was not what we wanted — so we unfortunately had to call off the rest of our testing schedule.

So, what happens now?

After careful consideration of the data, the team concluded that the hairline fracture had occurred from “temperature cycling” the COPV. The tank went through a series of contractions and expansions as it got subcooled then superheated, which delaminated the layers of the COPV. In much the same way that ruffling a phone book puffs it up, this had introduced space between the “pages” of the tank wall, eventually leading to a full crack.

So, Castle Point Rocketry is still in our Testing Phase. Though we weren’t able to get through all five Full Stack Tests this week, we will soon have another tank. In the meantime, though, it was nice enough just to raise a rocket in the air — depressurized, of course — and look at what we had built. 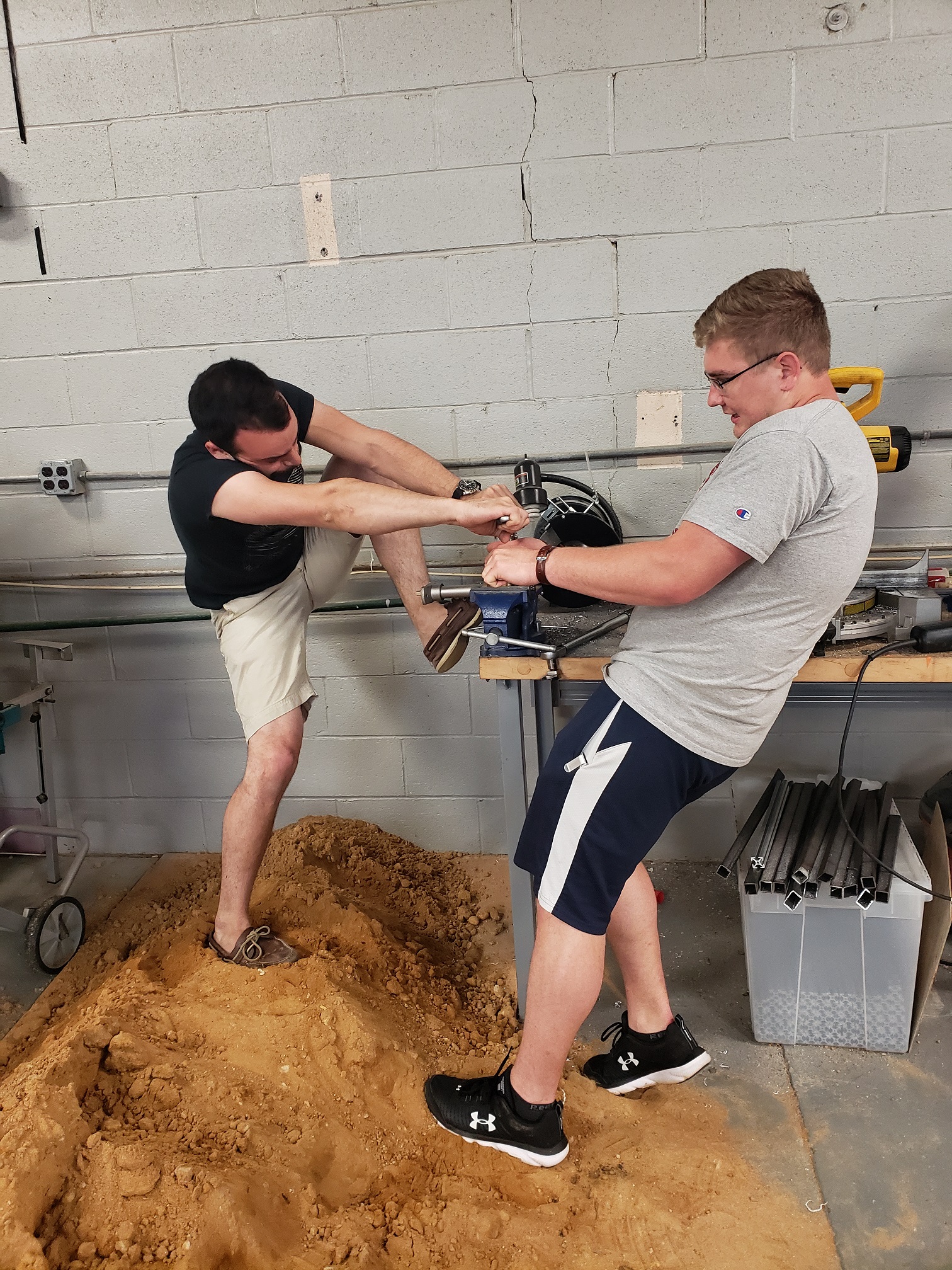